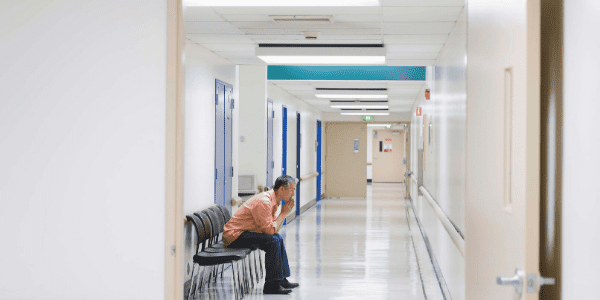 Just this week I visited a man (let’s call him “Rick”) in the ICU. What started out as a nice spring motorcycle ride with his buddies, turned into a life-threatening accident when Rick suddenly lost control of his bike. He was rushed to the nearest trauma hospital and after a few surgeries, he woke up with tubes and monitors all over him.

I entered the picture when his niece called me in a panic. She said her uncle was in an accident and his twenty-something daughter (her cousin) was struggling to coordinate care with his doctors and also scrambling to figure out his financial affairs.

However, when I met with them at his bedside, his family told me that Rick had “taken care of everything” already. His daughter had found his powers of attorney and other estate planning documents at his home sitting neatly on his counter top. With Rick’s permission, his daughter promised to bring the documents to me the next day for a “just in case” review.

The next day his daughter arrived, documents in hand. He had indeed filled out a medical power of attorney and a living will. Unfortunately, neither one had been signed in front of the required witnesses. So even though his family thought he had “taken care of everything” on his own, none of the documents were valid and no hospital or care facility with a legal department (that’s just about all of them these days, by the way) would ever honor them. On top of that, he never completed his will, or if he did, it was nowhere to be found. So a crucial piece of his plan was also missing. Read more about how to store your documents HERE.

Luckily, Rick was eventually coherent enough to work on the missing items with my assistance. But the experience solidified a few things I want to share with you about “Do-It-Yourself” estate planning:

So what can you take away from this experience? Don’t gamble with your family’s future welfare. Invest in it. Hire an expert, whether that is myself or another firm, to create the proper plan for your loved ones.